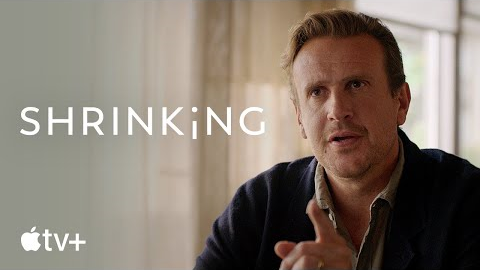 Even therapists have problems. Take an inside look at Shrinking, streaming January 27 on Apple TV+ https://apple.co/_Shrinking

Shrinking follows a grieving therapist (played by Segel) who starts to break the rules and tell his clients exactly what he thinks. Ignoring his training and ethics, he finds himself making huge, tumultuous changes to people’s lives...including his own.

The new series is produced by Warner Bros. Television, where Lawrence is under an overall deal, and Lawrence’s Doozer Productions. Lawrence, Segel, Goldstein, Neil Goldman, Jeff Ingold, Liza Katzer, James Ponsoldt, and Randall Keenan Winston serve as executive producers. Lawrence, Segel and Goldstein created the series and wrote the first episode, which was directed by Ponsoldt.

Meryl Streep signs up with Just

She's gonna need therapy for that one.

Fact Be Told-- An Intimate Portrait:

Dear Edward-- An Inside Look|Apple TV

Reducing-- Taking A Seat With

Reality Be Told-- An Inside

Call Me with Timothée Chalamet|Apple