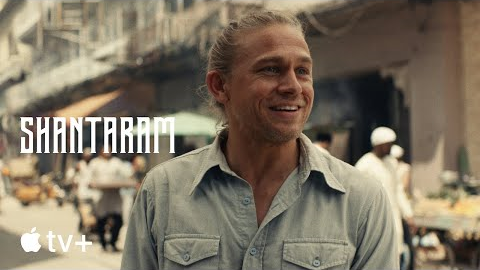 A fugitive pursuing redemption in 1980s Bombay will do whatever it takes to get it, even if it means letting his past seep back into his present. Starring Charlie Hunnam and based on the best-selling novel by Gregory David Roberts, stream Shantaram October 14 only on Apple TV+ https://apple.co/_Shantaram

Escaped convict Lin Ford (Charlie Hunnam) flees to the teeming streets of 1980s Bombay, looking to disappear. Working as a medic for the city’s poor and neglected, Lin finds unexpected love, connection, and courage on the long road to redemption.

Spirited — “Do A Little Good” Lyric

Central Park — “Touched Us (With His