The Morning Show — Inside the Episode: “A Private Person” | Apple TV+

The Morning Show — Inside the Episode: “A Private Person” | Apple TV+ 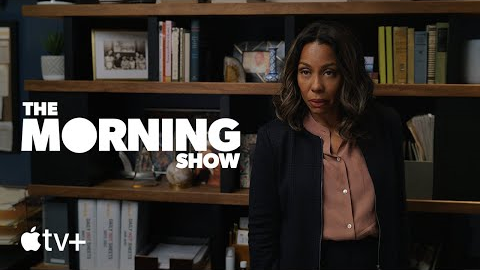 Self-examination is a running theme throughout this season, as the characters are forced to identify what matters in their individual journey. Take an exclusive look inside the episode of “A Private Person” with the cast of Season 2. Watch The Morning Show now on Apple TV+ https://apple.co/_TheMorningShow

Picking up after the explosive events of Season 1, this season finds the Morning Show team emerging from the wreckage of Alex (Jennifer Aniston) and Bradley’s (Reese Witherspoon) actions, to a new UBA and a world in flux, where identity is everything, and the chasm between who we present and who we really are comes into play. Along with Aniston and Witherspoon, the returning cast for Season 2 includes Steve Carell, Billy Crudup, Mark Duplass, Nestor Carbonell, Karen Pittman, Bel Powley, Desean Terry, Janina Gavankar, Tom Irwin, and Marcia Gay Harden. New stars joining this season are Greta Lee, Ruairi O’Connor, Hasan Minhaj, Cybil Richards, Tara Karsian, Valeria Golino, and Julianna Margulies.